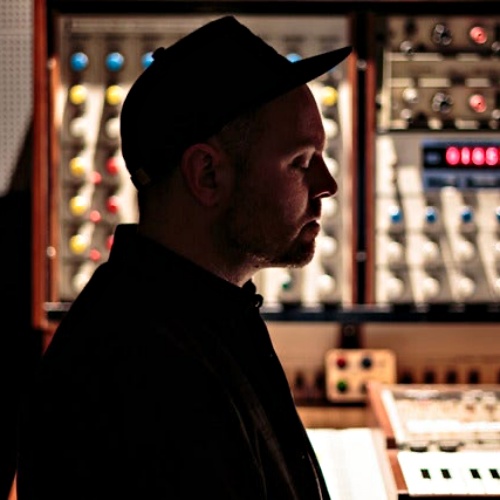 The Sam Pilling-directed video for DJ Shadow’s Rocket Fuel – a comic recreation of the Apollo 11 mission as a staged event that goes catastrophically awry – won Video Of The Year and three more awards at the UKMVAs tonight. Tammi, director of four interconnected music videos to accompany The Weeknd’s latest album After Hours, won the highly prized Best Director award, and also Best Pop Video International for the video for Blinding Lights.

The top honours came at the climax of the annual celebration of creativity and craft in the medium of music videos, presented by broadcaster and DJ Becca Dudley from a London studio – speaking live to the winners via a virtual audience platform which saw 500+ music video professionals joining in the show from their homes or offices around the world.

And on the first night of the second lockdown in England, the UKMVAs’ handed a one-off Best Lockdown Video prize to directing team Stylewar’s chaotic warping of corporate video stock footage for DJ/producer Bronson’s Keep Moving.

Other artists recognised at this year’s UKMVAs include Dua Lipa, Disclosure, IDLES, FKA twigs, JME, Riz Ahmed, Greentea Peng and The Streets, in an event that honoured work in music video across music genres, individual achievement and craft and technical prowess behind the camera.

Dua Lipa took the Best Pop Video award for a third time with the visual accompaniment to Break My Heart in another successful collaboration with director Henry Scholfield – last year’s winner of the Best Director award. There were first time wins for JME featuring Merky Ace for Live, directed by Matthew Walker (Best UK Hip Hop/Grime/Rap Video), and IDLES, whose video for War was directed by Will Dohrn (Best UK Rock Video). Joining their ranks also for the first time were directors Camille Summers-Valli for her work on Låpsley’s My Love Was Like the Rain (Best UK Alternative Video) and Brock Neal-Roberts for Berwyn’s Trap Phone (Best UK R&B/Soul Video).

The British talent behind the blockbuster for DJ Shadow and De La Soul’s Rocket Fuel claimed four awards in all at this year’s UKMVAs. Director Sam Pilling also picked up the Best Hip Hop/Grime/Rap Video International, editor Ellie Johnson won Best Editing In A Video, and colourist Thomas Mangham accepted Best Colour Grading In A Video, all for their work on the stand-out Video of the Year.

Videos for The Weeknd won two awards – as well as Anton Tammi’s video for Blinding Lights winning Best Pop Video International, Alex Lill’s live video for Heartless – shot backstage at The Late Show with Stephen Colbert – won Best Live Video on the night. Another live project won Best Music Film award: a livestream directed by James Barnes, The Streets’ None Of Us Is Getting Out Of This Live Alive was driven by Mike Skinner’s (aka The Streets) bid to provide income for his band and crew after the virus forced the cancellation of their 2020 tour.

In the craft categories, FKA twigs’ video for Sad Day, directed by multi-UKMVA winner Hiro Murai, took the award for Best Cinematography for DoP Larkin Seiple, while Beyoncé’s celebrated wardrobe curator, Zerina Akers, was honoured for her Styling in the video Already from the Black Is King film. The Choreography award was claimed by Canadian movement director Brittney Canda for her work on Sheenah Ko’s Wrap Me Up, and the Production Design honour went to Taivi Lippmaa for Estonian rapper Tommy Cash’s Sdubid. British director/animator Ruff Mercy took the Best Animation gong for his work on Ghetts’ Mozambique, and the Best Visual Effects award went to Paris-based outfit Machine Molle for Flatbush Zombies’ Afterlife. A new award for the Best Post Production Company went to industry stalwart The Mill.

Among the individuals honoured, Daniella Manca, was named Best Producer, for her work on videos for Stormzy, Coldplay and Dua Lipa. Caroline Clayton won the Best Commissioner award for her work with a range of directing talent on videos for Dua Lipa, DJ Shadow and Dermot Kennedy and this year’s Best New Director was Frenchman Arnaud Bresson for videos for Flatbush Zombies and Headie One. A new award for the Best Agent saw Claire Stubbs rise to the top for her representation of directors including Michel Gondry, Oliver Jennings and Us, as well as relative newcomers Molly Burdett and Sam Davis.

The Best Production Company award was won by London and LA-based Somesuch for an outstanding output of music videos over the past year, for artists including The Weeknd, Michael Kiwanuka, Coldplay and Riz Ahmed.

Best Music Film
The Streets – None Of Us Are Getting Out Of This Live Alive (Livestream)
Director: James Barnes
Producer: Jim Parsons
Prod co: Globe Productions
Commissioner: Amy Collins for Island Records